Amy has documented the ups and downs of her fertility journey in the New York Times Motherlode blog in her “Fertility Diary” column. 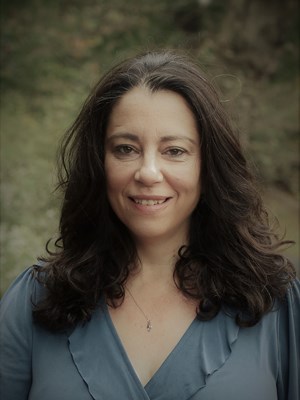 In her new book, “The Trying Game” which is due to be published in March 2020, Amy passes on helpful tips, experience and more from her fertility journey.

She addresses the emotional and practical process of trying to get pregnant; how to go about finding an affordable clinic; what to expect during your first IVF cycle; whether to freeze your eggs; and if the alternative route - acupuncture, herbs, supplements - is the way to go. 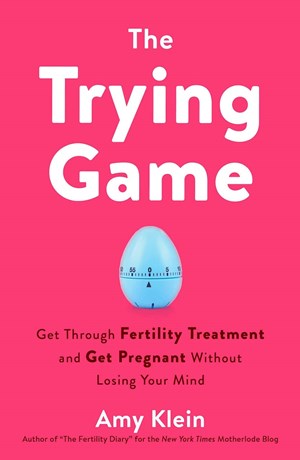 Amy found time in her busy life to share some of her “fertility wisdom” with Gynii Me.

“There were other options out there”

Gynii Me: You have written articles about a difficult fertility journey filled with questions - Where did you look to for information and advice? Which sources would you recommend, or warn against, for couples in similar situations?

Amy: I was looking on the internet and got lost in a lot of motherhood chat boards and groups and the amount of intricate detail about fertility and urban parenting.

Nowadays people mostly look to Facebook groups for discussion around fertility, so most of the chat rooms I used aren’t really active anymore. Community-based sources can be good, but I found that even on Facebook, there are a lot of intricate questions that can’t really be answered by beginners. This may lead you to look at scientific journals, but they are difficult to navigate (even for a health journalist!). It’s one of the reasons why I wrote my book about fertility and getting through your fertility treatment.

Gynii Me: You described a change in heart from not wanting to be “that woman” questioning her doctor’s every move, to taking charge of your own fertility journey - What changed your mind?

Amy: I really loved one of my first doctors, but we weren’t having success. I realised that while he was a good doctor, his approach was just one way of doing things and there were other options out there.

Once I had done a few cycles, tried different techniques – they suggested IUI and then IVF – I begun to understand that there were many ways to approach fertility treatment, and that other doctors would allow me to try other options.

Gynii Me: How did this shift in mindset change your fertility journey?

Amy: Many women start out more informed than I did. But a lot of the time, as with other types of healthcare, you just go in and learn a little bit at a time – otherwise it would be overwhelming.

I was criticised for not going in with a whole folder’s worth of pre-prepared notes and questions. I’d just go to the doctor and I started learning there are different types of medicine, fertility treatments and procedures, and it made me want to start looking at all the information.

Gynii Me: Do you have any advice for people beginning fertility treatment about how they should approach the process?

Amy: I would recommend that you do some research so they can be better informed about the treatment plan recommended by their clinic.

When I started my fertility treatment, it was a long time ago and I was amazed at how little information there was out there, and how much I had to rely on chat boards. Now, there are dedicated sites like FertilityIQ and fertility information is even available in regular newspapers and magazines. There’s so much more out there that can guide you on what you need to know and consider.

However, carrying out your own research can be overwhelming, so I would advise doing one thing at a time. You don’t have to know everything – just know where you’re up to. You can start with: “why am I not pregnant?”, “what are my options?”, and “what can I try before starting treatment?”. You don’t need to know the A to Z of infertility when you’re starting out.

Gynii Me: What advice can you give people about choosing the right doctors and clinics for their treatment?

Amy: I think the most important thing is to make sure the clinic you choose has many ways of doing things, instead of a “one-size-fits-all” approach. In my book I have a list of questions you can ask your doctor.

The process of finding the right doctor depends on your financial and personal situation. But before you decide on a doctor, try to look at your options. Do you want a small clinic or a big one? At a small clinic you might get more attention, but your treatment options might be limited.

At a larger clinic, there may be more equipment, capabilities and doctors who can widen your options for treatment. You want the best treatment and the doctor who’s going to get you a baby – that’s the bottom line. But you should also look at whether this doctor is someone who you connect with, someone who will explain things to you. It’s great if you can go “doctor shopping” – meet with a few clinics and see who you like, based on their personality and what they say about your chances of success with them.

Obviously, you want to have a baby, but you also want to have the best possible experience because it might take you more than one cycle. A big problem with fertility is retention – people give up after a failed cycle, so you really want to feel like you have a doctor who’s “on your team”.

“Persistence is blind continuation – you don’t want to continue down the wrong path.”

Gynii Me: People on their fertility journey are often bombarded with messages about “persistence” - What advice would you give people for whom blind persistence doesn’t seem to be working?

Amy: This is the difference between persistence and resilience. Persistence is blind continuation – you don’t want to continue down the wrong path. I always tell people three rounds of anything at any clinic is enough. The first round may be diagnostic, and the second round is a chance to get it right. If it doesn’t work by the third round, it may be time to try a new doctor, a new clinic or a new protocol.

In my book I spoke to a venture capitalist who compares it with investing in stocks – you have money in stocks and after a certain point of losing money, you have to see it as “sunk cost”.

You have to get out even if you’re going to lose money; although you’ve spent X amount of dollars and Y amount of time at a clinic, you shouldn’t stay there for 15 cycles just because you already spent so much there. You have to be clear about between persistent versus resilient.

Resilience is taking stock, seeing where you’re at – will you fail because you decided to continue trying with your own eggs? Or are you resilient because you saw things weren’t working, and you decided to change your method to reach your ultimate goal, i.e. to have a baby.

Where you start isn’t always where you end – I never planned to use donor eggs but after the miscarriages, and at almost 44, I just wanted to be pregnant. Some people look at their lives, bank account and relationship.

I met a woman who had 6 rounds of IVF with her own eggs who said that by the last one round she was resigned to having no children; just a life of travelling with her husband. Luckily that sixth round of IVF worked. But it shows that you have to see where things are, and to realise there’s no shame in stopping, if that’s what’s best for your life.

The second part of our interview will be published shortly where Amy shares specific advice on IVF treatment. Stay tuned for our next post.